On August 12 of this year President Obama, with the stroke of his pen, lifted long enforced restrictions on Libyan’s taking flight training course’s here in the U.S. On the same day he also lifted the ban forbidding Libyan students from studying nuclear science here.

Combined with the recent news that 10 to 12 Libyan jetliners have gone missing in the wake of the Islamic rebel takeover in that country, the actions of President Obama are once again under intense scrutiny and criticism.

The sanctions imposed on certain Middle Eastern citizens came in the wake of the 9/11 attacks of 2011. Few would argue they were imposed unjustly at that time. So why lift them now? Especially with the anniversary of the September 11 attacks just around the corner.

Islamic militants in control of 11 or 12 jetliners has raised fears across the globe that another attack, similar in nature to 9/11 could come at any time. The fact that a sitting President, whose poll ratings are plummeting daily would do such a thing has left him a pariah to his own party. democrats running in the mid-tern elections are avoiding Obama as if he’s the the plague.

The lifting of these restrictions along with the opening of the southern borders of the U.S. has, without question, left the country vulnerable. According to several sources it’s not just Central American mothers  with their children seeking refuge here, Middle easterners, Chinese, Somalians, and other foreign nationals are flooding the states in the Southwest. Boarder guards and their supervisors have had gag orders imposed, told that if they talk to the media about some of the things they’ve witnessed they’ll lose their jobs. Many of them have quit outright as a result of what is going on down Mexico way.

Few, if any in our bobble head doll Congress challenge the President as he continues to bend and stretch his Constitutional powers. Perhaps it’s because in this hyper-sensitive politically correct age no one wants to be labeled as “racist.”  Perhaps it’s because many lawmakers in D.C. have already swallowed the red pill and will blindly, idly sit by while our borders, culture and our sovereignty are destroyed systematically. 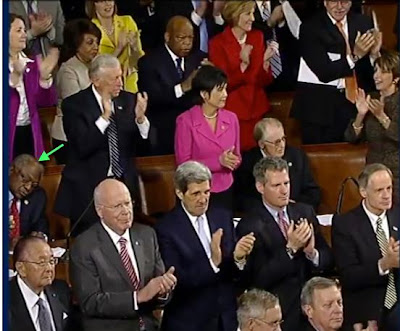 Is it “fear mongering” to point out the major deficiencies in the Executive Branch? In this day and age of the modern Jihadist willing to go to any length to destroy anything symbolically related to the United States it pays to be hyper-vigilant when it comes to national security. Try not to forget that shortly after the attacks on 9/11 it didn’t take very long for many of our civil liberties to go the way of the dinosaur. Another attack and you can bet that what is left of them will be curtailed to a degree not seen since WWII.

While Congress is asleep at the wheel, and the President uses the mighty pen to just about whatever he wants these days, it is you and I and our families who will suffer the brunt of another attack on American soil. The powers that be have been too willing to stand idly by and allow American journalists and American citizens to suffer the ramifications brought about by their ineptitude.