God help the milkman if the delivery is ever late at the residence of Senator John McCain in Arizona. Or, for that matter at any of the other places McCain calls home. He has seven of them, leaving seven poor unsuspecting milkmen in harm’s way. Eight actually if you consider private jets.  Article on the homes of the McCains.   It seems the esteemed U.S. Senator  has some deep rooted anger issues. It didn’t take him long to start beating the war drums in Washington last week as news was breaking of the shoot down of   Malaysian airliner MH-17. Nothing gets the blood pumping  in this guy’s body better than an opportunity to exploit a human tragedy. Leading him to do what he does best, call for military intervention.

Yes, that poker playing rapscallion who represents the great state of Arizona just can’t seem to help himself. When he see’s an opening for sending U.S. military forces somewhere in the world, he jumps. 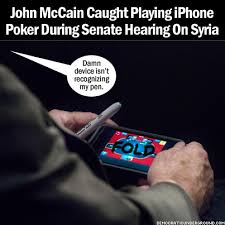 Watching a lifetime, disassociated politician racing to  get to the podium first, was in some way’s both pathetic and amusing. Feigning indignation is after all, what most politician’s do best. McCain picked up the flag and doing his best impersonation of Teddy Roosevelt at San Juan Hill led the charge. Sound bites galore filled the air, being featured on all of the 24 hour cable news outlets throughout that terrible day. Depending on which news outlet one prefers he was either ridiculed or taken quite seriously.

McCain, a spry 77 year-old managed to beat  the President of the United States, 25 years younger to the microphones. Bearing his fangs, expressing  his outrage, he blamed Russia for the incident  before the crash site had even been examined or the black boxes recovered. The plane had barely touched ground when he seized the moment, again crying out for his favorite solution to the world’s problems, War!

Nothing new really, This is the same U.S. Senator who called for the  military invasion of  Hong Kong. Called for the bombing of quiet little out of the way Belgium (of all places). If he’d had his way we would have bombed Syria back to the Stone Age. He led the charge for the surge in Afghanistan, and during the Clinton administration  supported military intervention by NATO in Bosnia and Kosovo.

Oh, and lets not forget North Korea, Iran, Sudan,and the mother of them all, Russia (again) after it’s dispute with Georgia. He called for military assistance for Mali, muttered something about helping the ‘New Arab Spring” in China, it’s unclear exactly what the Senator had in mind for the Chinese .  And who could forget when he cried out for the bombing of Nigeria, lord knows what they did wrong. Would it be fair to say the man has aggression issues?

Obviously as you can see, John McCain does a lot of calling. Thank goodness most times his calls go unheeded. Military aggression is his mantra, an odd thing you would think coming from a man who spent seven years in a North Vietnamese prison camp, being subjected to unimaginable horrors. It’s his willingness to subject others to the horrors of war that should frighten every concerned citizen.  if it were up to John McCain the world would be a much smaller place.